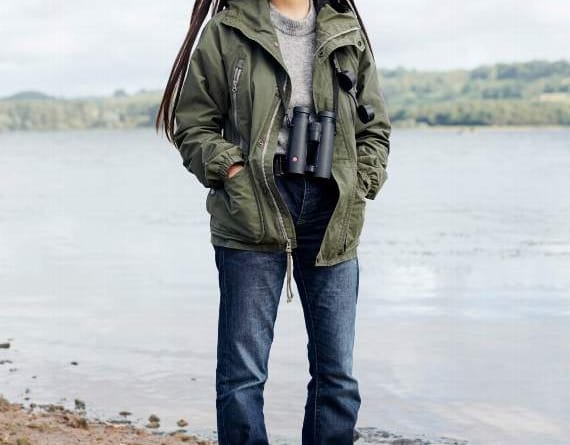 Eighteen-year-old, Mya-Rose Craig, set to be the youngest member to join The Royal Society for the Protection of Birds Committee.

The Royal Society for the Protection of Birds has announced its new England Advisory Committee, with the Chew Valley’s own Mya-Rose Craig, also known as ‘Birdgirl’, to join ten new members in guiding the future plans for the RSPB across the country.

At just eighteen-years-old, Mya-Rose will become the youngest member of the Committee, and it is hoped that her passion for both ornithology and environmental campaigning can have a lasting impact on the charity’s plans for years to come.

Craig is thought to be the youngest person ever to have seen half of the world’s birds, and earlier this year shared a platform with Greta Thunberg at the Youth Strike 4 Climate event in Bristol.

She has also been campaigning for years to improve diversity in conservation work, setting up Black2Nature, which runs nature camps for children from minority ethnic backgrounds, introducing them to the wonders of the natural world.

One more death recorded in Mendip

It was this campaigning that saw Mya-Rose receive an honorary doctorate in Science from the University of Bristol in February 2020. Now, as a member of the England Advisory Committee, she will help to form a diverse range of new voices set to shape the strategy and actions of RSPB England over the next few years.

The RSPB England Committee, whose purpose will be to support, guide, and champion the work of the conservation charity, has been formed in the shape of ten new members from a vast array of backgrounds, experiences and skills.

The Committee’s creation comes as a recent RSPB report, titled Recovering Together (1), showed that just 34% of people in households without any outdoor space (be that a garden, courtyard, or balcony) are within a tenminute walk of publicly accessible natural green space.

As their report shows, increasing access to nature rich spaces for all is a “pressing concern”, and the charity now hopes that Mya-Rose’s experience and passion will bring valuable insight to RSPB England, joining them in protecting nature and increasing people’s access to it.

Speaking of the new England Advisory Committee, Emma Marsh, Director for England said: “We are excited and hopeful that with such a brilliant and diverse mix of voices, passion and knowledge, our new Advisory Committee can really help to make a lasting impact on the way we work at RSPB England, driving us forward as the fight for nature intensifies.”