Lots to inspire during amble around villages

A leisurely amble around the villages south of Wedmore beckoned this week, for the Norton - Radstock Photographic Society. 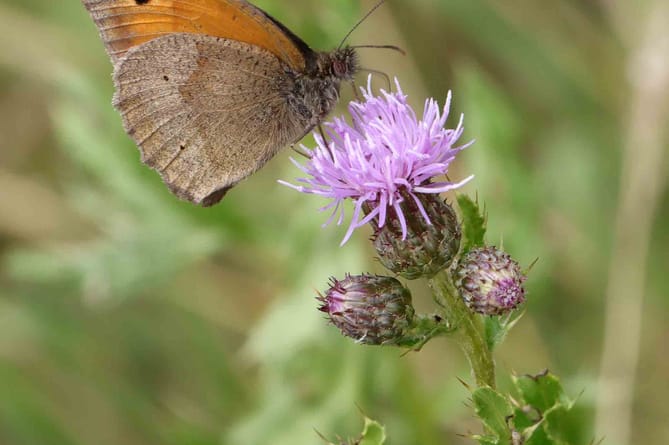 They were safe in the knowledge that there was a picturesque windmill to be explored, and a couple of well-kept churches. As is always the case in July, many members were elsewhere on holiday or sadly working, but four of us pledged to meet outside the church in Chapel Allerton.

Graham and I had a pleasant chat about sailing as we waited for the other two who had inadvertently set the sat nav for the other Chapel Allerton - the one near Leeds! Realising their mistake thankfully, they were nevertheless plagued by road closures and heavy traffic before they stumbled across us and enjoyed the planned activity, albeit at a slightly later time.

The church at Chapel Allerton is beautifully kept by villagers who have, over the years, replaced the tapestry that hides a side door, following the ancient design with their more modern art. They have also covered every kneeler that adorns the stately pews, and that are reflected in the highly polished brasses. The stained-glass windows are a delight at every turn, and the side lit font and vaulted roof afforded us plenty of subject matter in natural light. The towers and turrets outside were unusual, and the graveyard was interestingly aligned, providing some useful compositional features!

We drove in convoy the short distance to Ashton Windmill, knowing that it would be open to the public on Wednesdays in July and August as well as at the weekends. Originally a Medieval structure, now a Listed building, the mill has been restored in recent years and is maintained by a group of volunteers. We were rewarded with a handsome, whitewashed tower adorned with wooden sails some 40 feet across, no longer covered in canvas but none the less imposing, against a dramatic sky of scudding clouds. We were able to climb to the top and photograph the rusting mechanisms and grainy wooden supports, housed as they are within the circular walls that are two feet thick. Open doors and windows gave us tempting glimpses of the Somerset countryside beyond, and an attentive guide stationed by the gate was full of local information.

It was a very pleasant visit that culminated in a very attractive teashop in the nearby village of Wedmore, where we chatted at length and enjoyed some hospitality in the fading afternoon light.

Where next I wonder?