The Methodists’ second friendly of the season saw them at sunny Horrington, and asked to bat first by the home skipper. 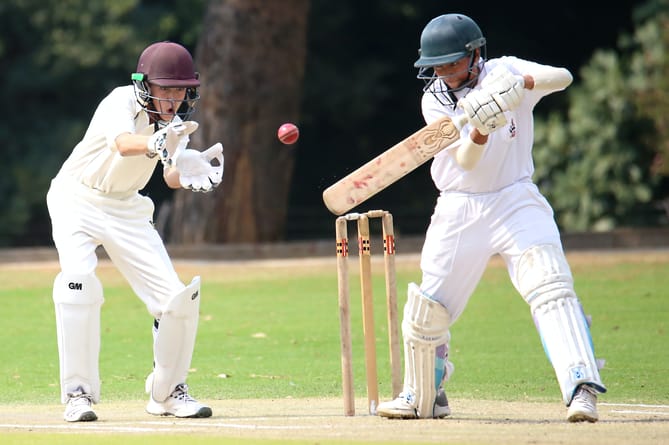 Mark Robinson and Martin Woolley got the visitors off to a solid start with eighteen in six overs before George Ball struck to remove Woolley. New batsman Craig Eyles then added a handy 56 with Robinson, but was trapped by the experienced Iain Locke just prior to the mid-innings drinks break, bringing skipper Alex Nash to the crease. His brief cameo saw the total move to three-figures before he hit the spin off Kevin Russell to a fielder in the deep - the excellent Robinson (68) eventually being snared by Jason Lane-Sellers (2-42) in the 32nd over. New impetus was added in the final throes of the innings as Stuart Green (57*) rolled back the years, peppering the boundary and plundering 20 runs from the final over to help the Methodists post a competitive 178-6 at tea.

Horrington's reply began strongly as Sam Pardy and Graham Russell found the rope multiple times, before Lane-Sellers and Russell added a quick 47 for the second wicket. A double strike by David Baker with the score on 91 hampered the home sides progress though, and the brakes were firmly applied when Russell (46) finally picked out a man on the fence just after drinks.

The brilliant Baker (3-17) claimed another scalp - the hosts now looking in trouble on 115-6 - before the calm head of Locke got the ship back on course. Assured batting from the youngster saw the home side to victory with 27 deliveries to spare, Ball finishing an impressive 46 not out.