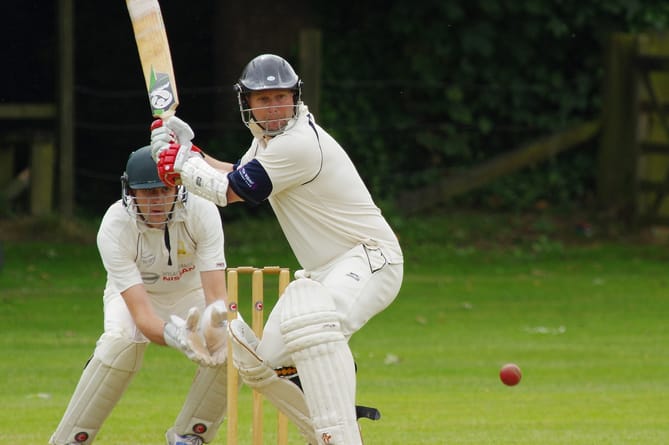 In a change to the warm, sunny weather of the preceding week, the Methodists' game versus Backwell Flax Bourton seconds took place at a cold, damp, overcast Norton Hill School.

Asked to bat first by the visitors, the Methodists got off to a quiet start as the bowling of the nippy Shakir Rizvi and the dependable Damon Henry made scoring runs difficult. Shakir (3-18) made use of the conditions to first snare the prized wicket of Alex Nash in the seventh over, then combine with the accurate spin of Pete Beale (2-9) to reduce the home side to 28-4 in the fifteenth. James and Stuart Green steadied the batting with a careful twenty one runs for the fifth wicket but were eventually parted in Beale's final over when James was caught for a patient 10. Stuart (22) and the Methodists' lower-order managed to get some more runs on the board, but Elliott Marston (2-33) and Sam Dodge (2-10) managed to claim the remaining wickets to leave the hosts on a below-par 88 all out at tea.

After a quick turnaround, Backwell's innings suffered an early setback with the loss of an opener in their first over. Ewen MacGregor and Shakir restored control and took the total to 47 before Daniel Shearn (3-23), having swapped ends, returned to the attack to remove MacGregor (19) in the twelfth over. Nash then sent back the dangerous Shakir (24) before another quick strike saw the visitors at 48-4, giving the Methodists just a glimmer of hope, but Chris Toole and Keerthi Raj Premachandran's stand of 31 then all but won the match for Backwell.

A late Paul Evans wicket was some consolation for the home team, but couldn't halt the visitors' march to a comfortable five-wicket victory with plenty of time to spare.