Through to the Grand UK Final for successful Farrington Park Ladies 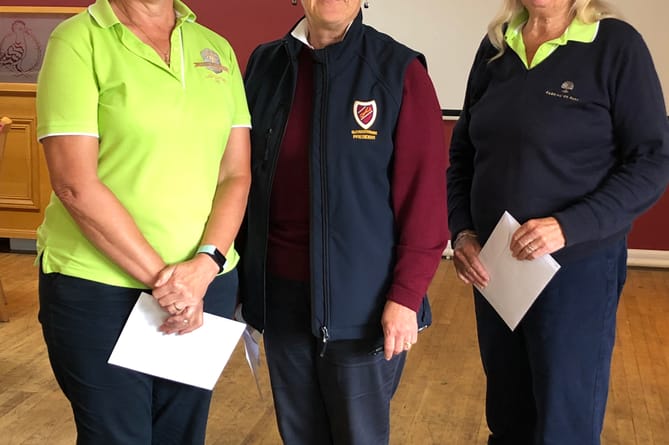 The Farrington Park Ladies played their Manor Course Championship, twice around the 9-hole Manor Course, in not typically seasonal conditions for late June.

It appeared that if your name began with an M, you had a good chance of winning!

At the beginning of July, Maureen Charlton and her playing partner Pauline Young played in the South West Regional Finals of the Australian Spoons competition. Arriving at Filton Golf Club with only 20 minutes before they were due to tee off, which was concerning the organisers, Maureen and Pauline had no time for nerves. Parring the uphill first hole, it felt as if they were playing uphill from then on because the tough format was Stableford Foursomes. However, they scored 38 points in showery weather conditions. On entering the club house, much to their surprise, they found themselves in the lead and plans to go straight home had to be abandoned for over an hour and a half, while they waited for the remaining teams to finish their rounds. At the end of the day, no one had bettered their score. As winners of the regional final, they will now be playing in the grand UK final at the prestigious Woodhall Spa Golf Centre in Lincolnshire, the home of England Golf, in August.